A brief history of bariatric surgery

You are here:
WLS 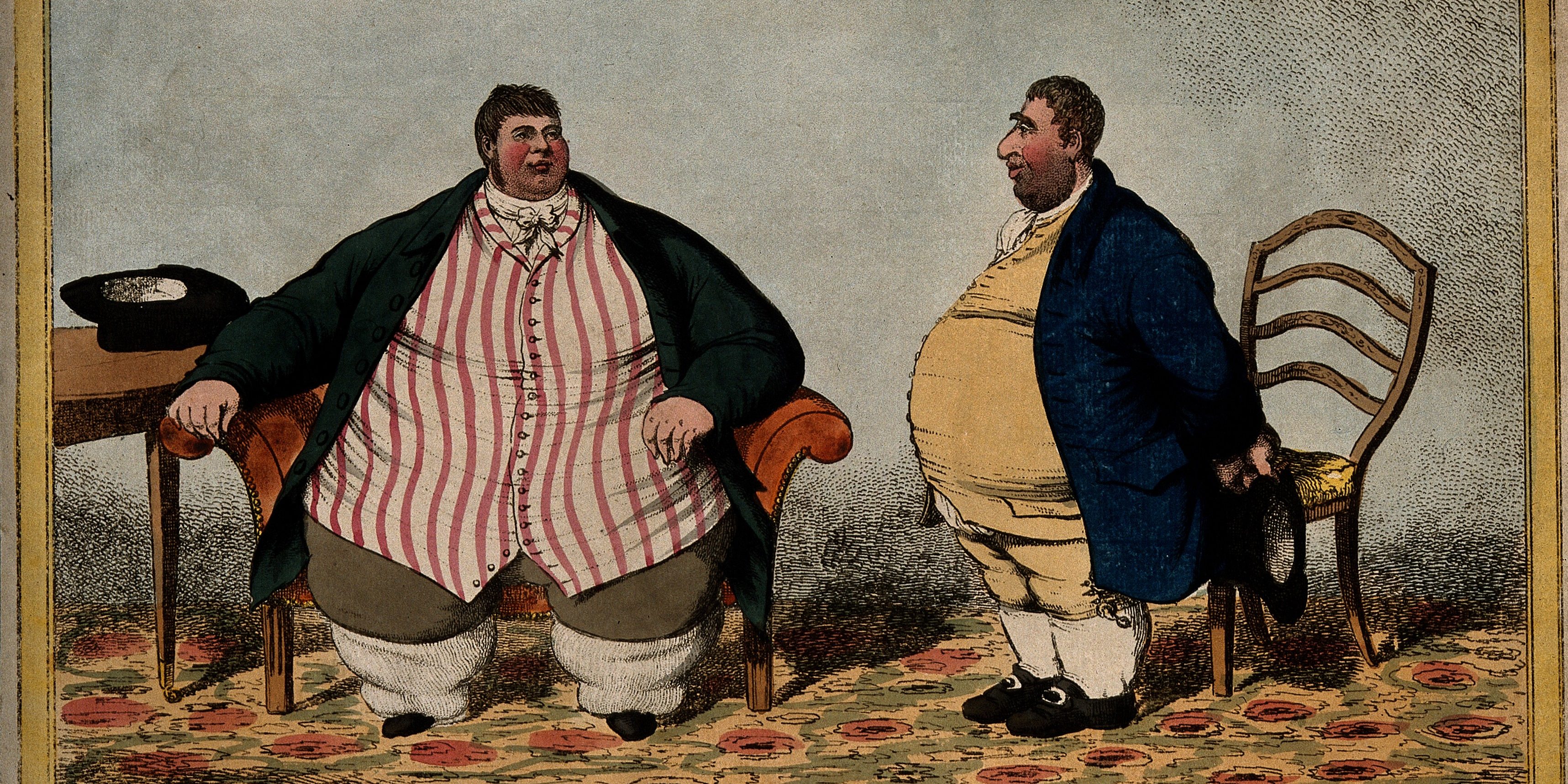 Obesity has been a problem since medieval times, but only in the latter 20 years, it has been recognized as a worldwide epidemic. Treating obesity is challenging and difficult, but surgery has led to an increased success and novel insights on the pathophysiology of obesity.

Several surgical techniques have been developed during the last 50 years and the advent of laparoscopic surgery has increased its safety, efficacy, and demand from the population. 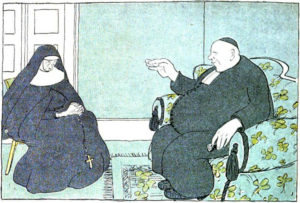 Historical reports claim that the first bariatric surgery was performed in Spain, in the 10th century. D. Sancho, king of Leon was reported to be such an obese man that he could not walk, ride a horse or pick up a sword. This led him to lose his throne. He was then escorted by his grandmother to Cordoba to be treated by the famous Jewish doctor Hasdai Ibn Shaprut. He sutured the kings’ lips who could only be fed on a liquid diet through a straw, consisting of teriaca: a mixture of several herbs, including opium, whose side effects stimulated weight loss. King Sancho lost half his weight, returned to Leon in his horse and regained his throne! 1, 2

Even though specific weight loss interventions are sparsely reported throughout the literature in the second half of the 20th century, they remained in obscurity until the 1990s. Indeed, it was only when the obesity epidemics got finally recognized that the medical community started considering surgical approaches to tackle it.3, 4

The first metabolic surgery is attributed to Kremen in 1954: the jejuno-ileal bypass.5 It consisted of an anastomosis between the proximal jejunum and distal ileum, bypassing much of the small intestine and was devised to treat severe forms of dyslipidemia. This was a surgery with major metabolic consequences, such that most patients suffered from severe diarrhea and dehydration and thus, it was not yet ready for mainstream adoption. Henry Buchwald, later demonstrated that ileal bypass (with a jejuno-colic anastomosis) had, indeed an effect on lowering the lipid levels in patients with familiar hypercholesterolemia and that this effect was sustainable for many years.6, 7 Several modifications of these intestinal bypass procedures were reported in the 1960s and 70s, but none of them gained widespread acceptance.

In 1966, Dr. Mason, a surgeon from the University of Iowa, noting that patients with sub-total gastrectomy for cancer lost a considerable amount of weight, proposed the first “bariatric surgery”: the first gastric bypass.8 Initially, it consisted of an horizontal gastric transection with a loop ileostomy, but it was later optimized to smaller gastric pouches and stoma sizes.9 Due to severe bile reflux, the reconstruction was proposed with a “Roux-en-Y” loop,10 which diverts the bile from the stomach and esophagus and has become the surgical standard. Compared to jejuno-ileal bypass, gastric bypass procedures resulted in less diarrhea, kidney stones and gallstones and improvement in liver fat content.10

Several modifications to this technique were proposed to improve weight loss, such as the Fobi-Capella banded gastric bypass, which consisted in the application of a ring to the gastric pouch, in order to limit its enlargement and possible weight regain.11, 12 Pouch sizes had been correlated to weight loss. According to Laplace’s law, the larger the pouch, the larger the wall tension, which would lead to further dilatation. Thus, small pouch sizes (<30 ml) have become the norm.3

In 1994, the first laparoscopic gastric bypass was performed by Alan Wittgrove13 and the exponential growth of bariatric and metabolic surgery had definitely started. It is estimated that in 2011, more than 340,000 procedures have been performed worldwide.14 Currently, the most common technique involves the creation of a small gastric pouch, a biliary limb of 70 cm and a Roux limb of 150 cm, although several surgeons have developed slight adaptations to the technique and limb lengths.

Laparoscopic Roux-en-Y gastric bypass is a technically challenging surgery with a steep learning curve and with potential leaks at 2 anastomoses. In an attempt to make it simpler and safer, Rutledge developed the Mini-Gastric Bypass15 (or omega-loop or single-anastomosis gastric bypass), consisting of a longer gastric pouch and an antecolic loop gastrojejunostomy 150–200 cm distal to the angle of Treitz. His first surgery was in 1997 and although Rutledge published his experience with thousands of patients,16 for several years this technique has suffered the criticisms of biliary reflux and risk of malignancy.17 Increasing experience with this technique worldwide has reduced the concerns and in the latter years it has gained wide acceptance among many surgeons.18, 19 Its results are reported to be even superior to RYGB, due to its longer biliary limb and some degree of malabsorption.20, 21

Purely restrictive procedures were also developed as an alternative to gastric bypass. These techniques were thought to have less surgical morbidity and mortality and to be simpler to perform. However, patients need to be highly motivated, as the surgical result is dependent on a mechanism of early satiety. If the patients consume liquid or soft, energetically dense foods, distention of the gastric fundus does not occur and patients do not achieve an early satiety.

As early as 1977, Rodgers et al. reported on their experience with 17 cases of jaw wiring. The early weight loss was comparable to gastric bypass procedures, however, patients regained weight after the wires were removed.22

The first restrictive procedure on the stomach consisted of a “Nissen-type” gastric wrap, proposed by Wilkinson.23 Since then, several gastroplasties had been proposed. The most accepted procedure was the vertical banded gastroplasty, proposed by Mason in 1982.24 It combined a vertical stapled gastroplasty with a banded outlet. The same principle was developed by putting a band around the stomach and thus creating a narrow passage from the proximal to the distal stomach. The great improvement with the gastric band occurred in 1986 when Kuzmak25 allowed the band to be adjusted without the need for further surgical explorations. There was an exponential increase in the number of surgeries performed after the introduction of the laparoscopic technique. Although the first report dates back to 1993 by Forsell,26 the first laparoscopic gastric band was placed by Cadière in 1992.27 It was an easy, fast, reproducible technique with low perioperative morbidity, almost abandoned in the latter years due to long-term complications and failure in weight loss.

On the other hand, some surgeons believed that malabsorption was required for successful weight loss. Due to the complications associated with jejuno-ileal bypasses (diarrhea, liver failure, and severe dehydration), Scopinaro proposed a significant change to the technique. After initial studies in dogs, starting in 197628 he later published the experience on human subjects that underwent biliopancreatic diversion (still called the Scopinaro procedure).29 The surgical technique included a distal gastrectomy with a long Roux limb and a short (50 cm) common channel. Scopinaro reported weight loss greater than 79% maintained up to 25 years,30 because patients absorption capacity was limited to ∼1250 kcal/day. He also reported a low complication rate, mostly with anemia, protein malnutrition and stomal ulceration. However, Scopinaro results were not replicated elsewhere and several modifications to his technique were proposed. The most accepted of this alternative is Duodenal Switch, reported by Marceau31 and Hess.32 The changes included substituting the distal gastrectomy for a vertical (sleeve) gastrectomy, thus preserving vagal innervation and pyloric function. Then proceeding with a duodeno-ileal anastomosis at 100 cm from the ileo-cecal valve (elongating the common alimentary channel). This alternative technique of bilio-pancreatic diversion yielded the same weight loss with a lower complication rate.31

Biliopancreatic diversions are very complex surgeries that still remain a challenge even to the most experienced laparoscopic surgeons. For this reason, Gagner proposed that it could be done as a staged procedure, starting with a vertical gastrectomy (sleeve) and proceeding with the duodenal switch.33 The challenge of laparoscopic surgery in super superobese patients (BMI > 60 kg/m2) had led to the proposal of a staged procedure in which sleeve gastrectomy would also be the first part34 of a gastric bypass. The observation that these patients lost a significant amount of excess weight (56%), and the previous experience in the UK with the “Magenstrasse and Mill” operation35 (a vertical gastric partitioning without gastric resection, with a small curvature centered sleeve), led some authors to propose sleeve gastrectomy as a stand-alone surgery for the treatment of obesity. Sleeve gastrectomy allowed for a significant weight loss with low perioperative morbidity, maintained digestive continuity and was easy converting to other bariatric surgeries.36 This surgery has proven to be safe (even if sleeve fistulas are harder to treat, due to the high-pressure system in the gastric reservoir) and although more long-term studies are required, it has so far resisted the test of time and the concerns about pouch dilatation.37, 38, 39

As we have seen, bariatric surgery has come a long way since the first jejuno-ileal bypasses, and bariatric operations have led the way to a more thorough knowledge of digestive physiology. The growth of laparoscopic surgery with its reduced complications, shorter hospital stay, faster recovery, less morbidity and improved results has led to an ever increasing patient demand.3

This article was originally published in ScienceDirect
Category: WLS01/08/2018