Journey: Before & After VSG – losing over 100kg

You are here:
JourneyWeight Loss 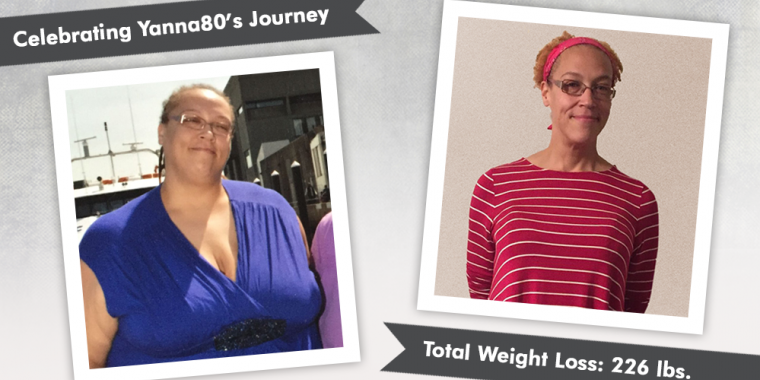 Why I Decided To Have WLS

I decided to have weight loss surgery because as long as I can remember I have been the “fat friend” or a member of the “Pretty Face Club.” I got tired of hearing “but you have such a pretty face” or “you’re pretty for a big girl.” I have always wanted to be a smaller person, someone whose outside matches how they feel on the inside, but that was never me.

When I was in my mid-twenties, I joined Weight Watchers with my mother. Together, we lost over 200 pounds in less than a year. It eye-opening for me! I had never been “healthy” before. I had never felt good about myself before then. In a short time, I began to put my weight back on.

Fast forward to my mid-thirties, I had been in denial about my weight gain. I pretended I didn’t notice the numbers on the scale creeping up higher and higher, reaching and then passing my former highest weight.

One day I stepped on the scale and read 399.1 pounds. I had never been so horrified in my life, yes I am tall. Very, very tall. But there was no way I could deny it anymore, I had a serious problem. I was taking three prescriptions for high blood pressure at their highest possible doses, and my blood pressure was still crazy high.

I was also suffering from what I now believe was Cyclic Vomiting Syndrome. Every few weeks to a month, I would have an episode of uncontrollable vomiting followed by two to three days where I couldn’t eat anything at all. I would be perfectly fine to come into work, then have something to eat on my way in, and by the time I got into the classroom, I was shaking from chills and doubled over from stomach pain. That was how a 24 to 36-hour episode would start. It was during one of these episodes that I finally reached out to my PCP about the process of getting bariatric surgery.

Before & After VSG with Yanna80

My Surgery and Post-Op Life

My PCP had been recommending bariatric surgery to me for almost a decade, but I had never been in the right frame of mind to listen to her or take her advice.

In November of 2015, at my initial appointment, I weighed 155 kilograms. I weighed 124 kilograms on my surgery date, which was May 17, 2016. On my first anniversary of my VSG, I weighed in at 79 kilograms. My life has changed drastically since having my surgery and I wouldn’t go back for anything in the world. My biggest regret is that I didn’t do it sooner. If you have any questions please don’t hesitate to contact us, we are here to help.